Robots to the rescue!

It won’t be long before robots become a normal part of our everyday lives. Soon, our mobile companions will provide everything from coaching to communication to companionship, keeping us independent as we grow older. The era of human and robot interaction has begun, and it is changing the way we experience ageing.

Can robots solve the problems of an ageing society? Ongoing research suggests they can. Today’s robots can take out the trash, help you walk and do the shopping. They can crack jokes, recognize emotions and even learn. Although fully functioning robot caregivers may be a long way off, roboticists and physicians predict that a new wave of advances in computerized robotic technologies will be available in coming years to help older adults stay at home longer.

It all started in Japan, where expanding lifespans and declining birth rates are causing an alarming drop in the working force and an increasing demand for caregivers. To address gaps in labour and care, the Japanese turned to one of the things they do best: technology. The world is following suit. With people living longer than ever before, the European Union (EU) has been investing tens of millions of euros annually on robotic research for elderly care.

“Studies show that national and European ageing-­related healthcare costs are continually increasing, so the EU is strategically committed to encouraging sustainability through technology,” says Jorge Dias from the University of Coimbra in Portugal, who is working on GrowMeUp, an EU-funded initiative that promotes robotics for active and healthy ageing. “GrowMeUp’s objective is to show that a robotic system can increase healthcare efficiency while improving quality of life. We hope it will help the elderly to stay longer in their homes, rather than in care centres.”

Another project, Robot-Era, recently conducted the world’s largest trial to date for testing the effectiveness and acceptability of robotic services for the elderly. Some 160 seniors in Italy and Sweden took part in the four-year pilot where robots did the shopping, helped take out the trash and watched out for security risks like open doors and gas leaks.

“I am happy that a robotic system can facilitate my daily activities,” said Wanda Mascitelli, one enthusiastic participant. “Living alone, I feel safer and more relaxed at home.” Her verdict is no surprise, even the most skeptical among us can recognize that robotic advancements translate into empowerment for an ageing society. 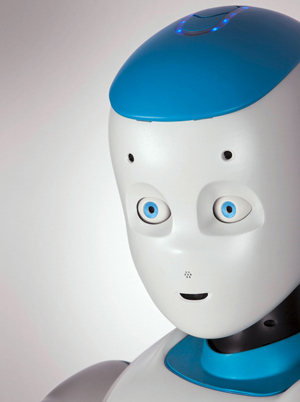 to do just that. Tall for a service robot at 1.40 m, he can keep track of your schedule, remind you to buy milk and tell you how much medicine to take. He’ll offer advice to help you through your daily activities while making sure you didn’t leave the stove on.

“Our robot can help in three key areas: making sure our clients are safe at home, connecting them to their entourage and performing daily tasks around the house,” says the company’s Research Innovation Director, Rodolphe Gelin.

A major advantage of having a robot live with an elderly person is that it can get to know their habits, like how much they sleep or when they eat, so it can detect a potential problem and inform caregivers and the family. A virtual care network both encourages users to socialize and makes it easier to care for them. “This increases quality of life for both the elderly and their family, while reducing care consumption.”

And we are only scratching the surface, many other ongoing initiatives have similar goals. The Iron Hand project, for instance, is developing and testing a robotic glove to compensate for lost hand strength and grip caused by ageing, which can be crippling if people struggle with daily tasks like opening a bottle or preparing meals. Hocoma, one of the companies involved in the project, is a pioneer in developing innovative medical technology for functional movement therapy.

“Our solutions help therapists to cope with current demographic and economic challenges by intensifying the therapy and its effective outcome,” explains its Chief Creative Officer, Mike Fuhrmann. “For example, Andago is being used to help people who have suffered a fall or a stroke to regain confidence in walking. The Iron Hand project is another step forward.” 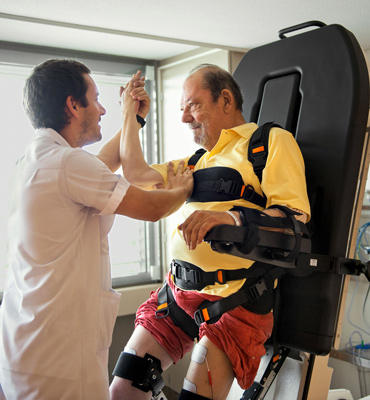 As the number of devices multiplies, how will the elderly respond? Are we alienating them? Gelin doesn’t think so. “On the contrary, in retirement houses, the robot becomes a centre of attention and discussion bringing people together. These machines strengthen social connections, namely by allowing grandparents to maintain closer contact with their grandchildren. Ultimately, we are talking about assistive devices compensating for handicaps, which users often find less stigmatizing than, for example, a cane or a wheelchair.”

The robotics expert does not deny that a human nurse or family member offers better company, but he believes that, in our fast-paced society, this is not always possible. “It’s better, and much safer, to have a robot than be alone.”

That’s an important point, because companionship is also on the robotics agenda. Hasbro has developed robotic cats targeted specifically at the elderly to fill that void. Similarly, Pepper, another humanoid robot to come out of SoftBank Robotics, can recognize and respond to emotions. Playful and approachable, he is already used in dozens of retirement homes throughout Europe to inform and entertain residents.

Robotics are also being used to address gaps in a declining labour force. Tokyo’s Haneda Airport is working with Japanese robotics and technology company Cyberdyne to equip its staff with robotic lumbar supports, so that older people can do the heavy tasks usually done by the physically young and strong, like luggage lifting.

All these developments demonstrate that technology is set to become a major driver for the silver economy, the nascent market of goods and services for seniors. But before we get there, we need the right standards.

“One of the most noticeable barriers to integrating robotics in elderly care is the lack of comprehensive standards and laws to commercialize these products so they can reach society,” says Dias. “Safety, security, standards and certification need to be addressed if we want autonomous social robots in healthcare. International Standards are key.”

Until recently, robots were mainly used in industrial applications and kept apart from workers. “We were not prepared for human-robot contact,” says Prof. Gurvinder Singh Virk, Convenor of the ISO working group that developed the first standard for personal care robots. “As research began on a new generation of robots that would help people with daily life, we had to make sure that we could control and mitigate hazards arising from close interactions with humans.” Many of the emerging service robots were neither industrial nor medical devices, so they were not covered by existing standards, especially when it came to safety. This created uncertainty for investors. What if millions of dollars later, the products were deemed unsafe or accidents led to litigation against manufacturers? 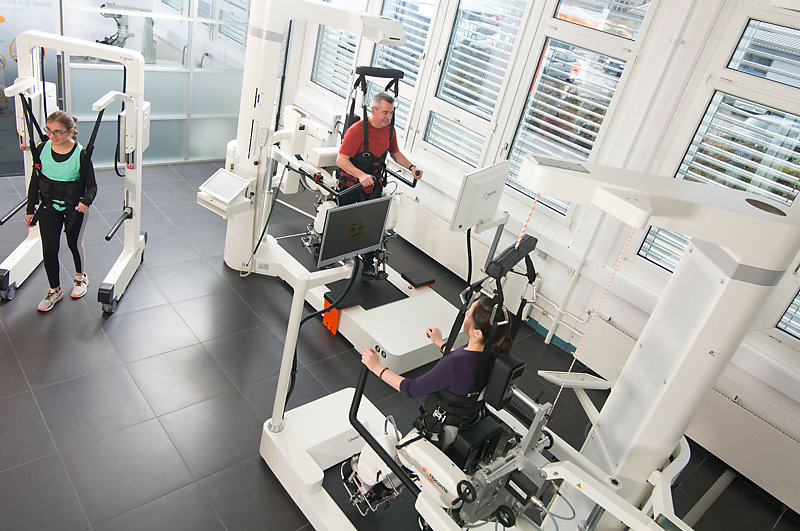 ISO stepped in with groups of experts from universities, robotic designer companies, governmental agencies and other stakeholders to develop ISO 13482, the first standard for the safety of personal care robots. The standard helps address hazards by, for example, limiting movements and force, avoiding sharp edges and hazardous emissions, and so on. Unsurprisingly, Japan has been among the first to embrace it, but the standard is now taking off globally.

“It’s difficult to evaluate a new product as ‘good’ or ‘bad’,” explains Gelin. “By indicating a level of performance, International Standards help us compare to a reference. Safety standards are particularly crucial. People need to trust the robot they have at home, and knowing that it meets standards is reassuring.”

Before publication of ISO 13482, SoftBank Robotics relied solely on IEC 60950 for information technology equipment since, in a way, their robot systems worked like a computer. “Now that ISO 13482 on the safety of personal care robots is available, we are looking into applying it,” says Gelin. “It’s quite demanding on some points, but we do hope to use it, as dedicated standards like this one will make things easier for our industry.”

Mike Fuhrmann agrees: “Hocoma has been a pioneer in integrating innovative technology into medical applications and we are proud to participate in ISO standardization work. We are actively using standards like ISO 13485 (quality of medical devices), ISO 14971 (risk management for medical devices) and the IEC 60601 series (basic safety and performance of medical electrical equipment). Our priority is that our solutions can be used safely by individuals alone at home, regardless of disability or age-related constraints.” 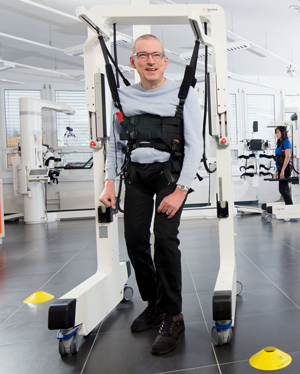 Andago is a mobile robot for body-weight supported gait training that allows upright, hands-free walking without spatial limitations.
ISO 13482 is just a first step. Recently, ISO consolidated all its robotics work into one dedicated committee in order to better meet the growing needs of a rapidly developing industry. As technology evolves, so will the standards that regulate it.

Prof. Virk is excited about the future: “The work we are doing at ISO can catalyse the development of a mass market in robotics. One of the biggest issues today remains the high cost of production. Standards could change this. We are currently working on facilitating plug-and-play robot components by formulating modularity standards for service robots, to make the industry more competitive and accessible. It could be a game changer.”

This is only the beginning of the robotics adventure. For some, standards development will indicate the direction in which we should, or not, go forward. But it’s up to all of us to embrace the potential robotics has to offer and decide what role we want it to play in our lives.

PECB has signed a partnership agreement with WQA Asia Pacific 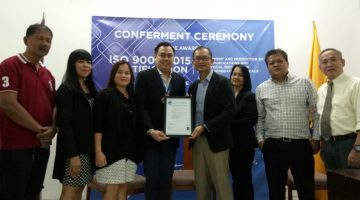 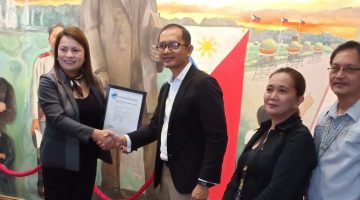 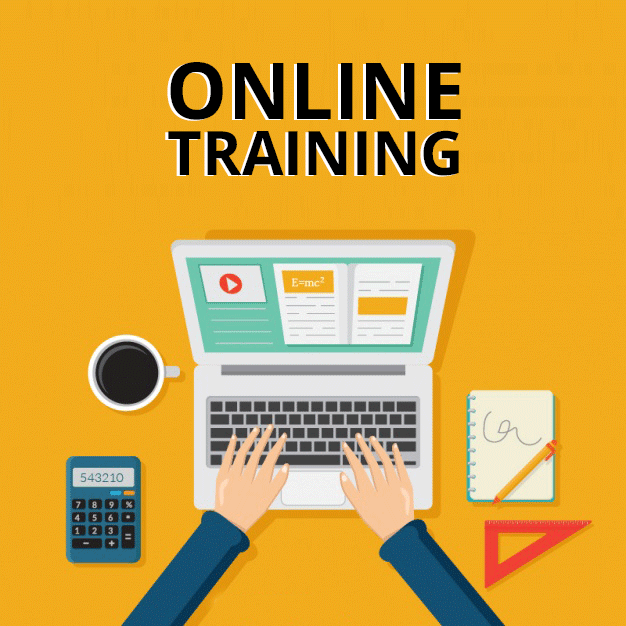 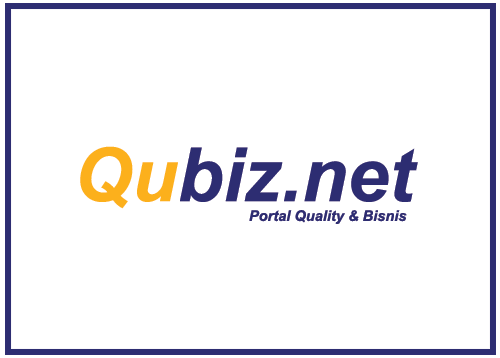 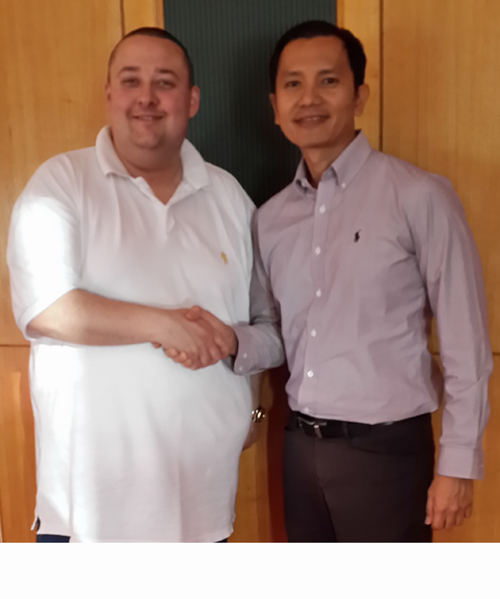